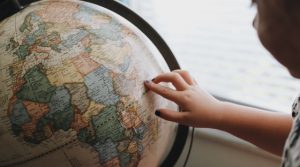 STAR Erasmus Consulting (SEC) is a new improved concept of the Erasmus Consultancy Project (ECP). As of 2019, major changes have taken place. This includes that from now on companies are able to choose the country they want the tailor-made research and consultancy services to be done.

SEC is part of STAR, the official faculty association of the Rotterdam School of Management. STAR is known as the biggest student-run study association in Europe. STAR was funded in 1977, soon after in 1986 SEC started as the ‘Project Committee’. Making it the oldest in its kind. The Project Committee began their research in Thailand, Singapore and Indonesia. Research in countries such as China, India, Malaysia, Mexico and Vietnam followed before the project was renamed to European Business Study (EBS) in 1993. The focus of the project was on European upcoming economies such as Ukraine, Turkey, Poland and Russia. This changed in the year 1997 when the project broadened its horizon to investigate global opportunities once again; accordingly, the name of the project changed to the International Business Study (IBS) and in 2013 to Erasmus Consultancy Project (ECP). Since 2018 it is called STAR Erasmus Consulting (SEC).

Location
Contact
RSM STAR uses cookies on this website
These are small files that are sent together with pages of our website and are saved on your hard disk by your browser. There are different kinds of cookies that are used, all with different purposes. Placing cookies sometimes needs your permission and sometimes we do not need your permission. You can view our cookie statement here.